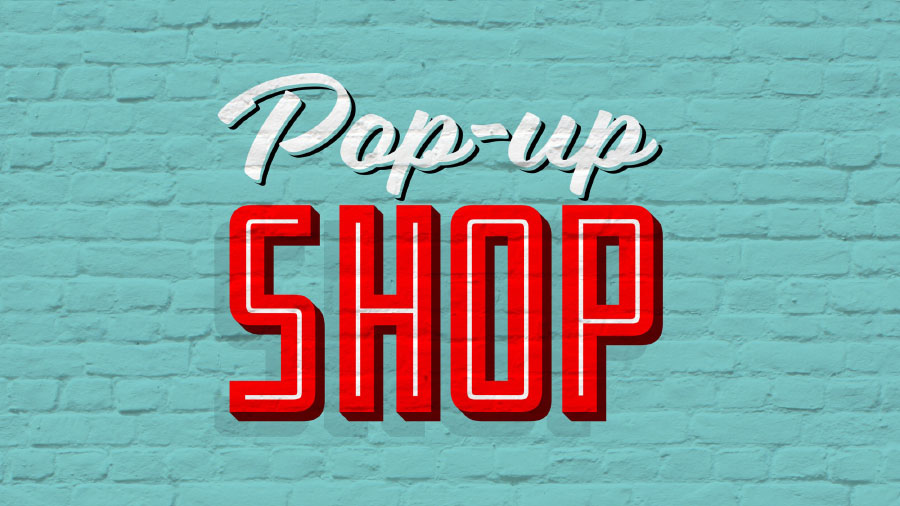 Ever since it stopped being the ‘only’ shopping channel, brick and mortar has been struggling to find a sound value proposition.

As we mentioned in our previous post (and it’s definitely worth repeating) it’s no longer enough for brick and mortar to present itself as the offline version of what’s online.

It’s useful and sometimes necessary to shop for items in person. But the lure of free returns from online stores is enough to persuade many consumers to forgo the in-store experience entirely.

The reality is that the success in brick and mortar is no longer sales-driven; it’s experience-driven.

Because what consumers want isn’t to replicate shopping online; it’s to immerse themselves in a brand’s story and culture.

This is where pop-up retail strategies can make all the difference – especially as consumers adjust to a post-pandemic reality.

The answer to in-store shopping anxiety?

Pop-up retail is not a recent innovation, but it justifies a closer look as COVID-19 keeps consumers away from recreational shopping experiences. (After all, we can’t exactly call a mask-clad dash to the grocery store or Target ‘retail therapy’).

A recent study found that safety is a huge concern for consumers shopping in-store. Desired safety practices include adding hand sanitizer stations (65%) mandatory face masks (58%) and limiting the number of customers in store (53%).

Since the beginning of this year, we’ve seen several retailers invest in pop-up experiences as a way to trial a safe return to brick and mortar. Nike recently partnered with experiential retail agency Hovercraft to develop a pop-up AR experience at its House of Innovation in New York City.

The pop-up, which ran throughout February, was designed to promote the ACG HO20 line of outdoor products. They made use of QR codes and geofencing technology to reduce contact with surfaces and maintain distancing, while still giving customers a memorable brand experience.

It’s a prime example of how pop-ups have found an entirely new application in the era of pandemic retail. Because pop-ups are independent areas within rented space or an existing store, it’s much easier to control numbers and to ensure practices like mask-wearing. When combined with immersive technologies, it’s a great recipe for attracting consumers who are currently avoiding busy shopping malls.

Nordstrom: The master of pop-up retail

But whether consumers’ pandemic-induced shopping habits are going to stick is a serious concern for retailers. Ecommerce has been just a click away long before COVID-19 reared its head. But this reality is much harsher when brick and mortar has been unable to mount a defense.

Although sharing in the struggles bought about by the COVID-19 pandemic, Nordstrom has largely avoided the fates of Macy’s and J.C. Penney. Macy’s plans to close one-fifth of its stores in the next few years, while J.C Penney filed for bankruptcy in May last year.

Why has Nordstrom been the exception to this trend? Because they’ve been proactive in investing in brand discovery opportunities for their customers.

Walking into a Nordstrom store doesn’t just give you a physical cut-out of its online catalog, but a series of curated partnerships with brands that are rarely found offline. In the past few years, Nordstrom stores have played host to a broad range of popular digitally-native brands, including Allbirds, Glossier, and Reformation, just to name a few.

Their most recent venture with the hit workout station Tonal, who will soon feature at 40 store locations in its first-ever retail partnership, is a prime example of how Nordstrom is working to prove its relevance amid the wholesale shift towards ecommerce.

Tonal has benefitted from the pandemic-induced boom in at-home fitness, positioning Nordstrom as a destination for more than beauty and apparel (product categories seeing declining sales as a result of consumers spending more time at home). And with most consumers unwilling to spent top-dollar on fitness equipment they haven’t tested, in-store fitness boutiques offer genuine value.

Nordstrom’s embrace of pop-up retail is a big contrast to its department store cousins, who have struggled to prove the relevance of their in-store experience. By carefully selecting sought-after brands that appeal to a more digitally savvy base of consumers, Nordstrom has been able to thrive where other retailers have faltered.

Is it time to do more with less?

The success of pop-up retail ventures – not to mention the growth of omnichannel shopping activity – raises an important question for the future of brick and mortar: Is an extensive network of permanent stores just too cumbersome for today’s dynamic retail environment?

In the past few years, we’ve seen digitally-native brands make successful ventures into physical retail – but in a way that safeguards their brand exclusivity. Cult beauty favorite Glossier is now a billion-dollar brand that only boasts three permanent store locations worldwide – but an extremely well-oiled global pop-up strategy.

Glossier has skillfully used the buzz of temporary retail to introduce its brand and products, then to redirect this captive audience to its digital storefront for further sales. This keeps their overheads low and their footprint extremely nimble, allowing them to use growth forecasts to select future pop-up locations.

This ability to follow customer movements has been central to high-end retailers’ ability to remain profitable during the pandemic. Brands including Todd Snyder and Dior choose to open a variety of pop-ups in suburban areas during 2020, as their regular downtown haunts grew quiet due to their clientele working from home.

“For most brands, their retail strategy has, historically, been to hit the big cities first. But places in New York, like Times Square and Midtown, rely so much on commuters and tourists, that’s going to be an uphill battle.” Said Melissa Gonzalez of The Lionesque Group, speaking to Vogue Business.

It’s unclear whether this is just a temporary strategy – or whether retailers will need to respond to a lasting shift in not just how consumers want to shop, but where.

If it’s the latter, pop-up retail presents an alternative way for brands to do brick and mortar; a trimmed-down network of flagship locations, augmented with dynamic pop-up experiences that can respond quickly to market and audience trends.

Is this is the future of retail?

Only time will tell.

Say up-to-date on the latest episodes!